On the 12th of July, the UN Security Council voted on a resolution jointly proposed by Ireland and Norway. The resolution aimed to provide crucial humanitarian aid to Syrian civilians, who continue to experience the devastating impact of conflict between the al-Assad governing regime and rebels. This provision of aid would have lasted for twelve months, a period of time that the Irish ambassador to the UN, Geraldine Byrne, claims “actors on the ground… needed”.

However, the bias of Russia, a prominent supporter of the Syrian government, was on full display. The Russian Federation used its power to veto the proposal and in turn proposed its own amended resolution that passed with a vote of 12 members in favour and 3 abstainers (France, United Kingdom, and the United States). Aside from these votes, the only country to vocally support the amendment was China. The final resolution now sees humanitarian aid travelling from Turkey to Syria through the Bab al-Hawa border crossing in Turkey for only six months as opposed to the original twelve. This is a replay of events in 2020, when Russia similarly pressured the Council to cut the period of aid delivery to Syria from twelve months to six.

The 2020 resolution also limited the UN’s access to a number of borders into the country, reducing entry from four borders to just two. The Syrian civil war has been a continuous conflict since the Arab Spring protests in 2011, where tension grew between government and rebels, and has led to a major international refugee crisis. In 2021, a total of 13 million people had been internally or externally displaced. The Syrian civil war has, since its inception, spiralled into an international conflict with Russia, Iran, and the terrorist organisation Hezbollah supporting Bashar al-Assad’s government, and the United States, Turkey, the Netherlands, Britain, and France as well as Saudi Arabia, Qatar, and Israel supporting Syrian rebels.

Many are heralding this recent settlement as a necessary step towards helping the 2.4 million Syrian people reliant on cross-border humanitarian aid. Proponents of the Russian amendment also point out that it does not preclude the possibility of a renewal of aid in six months.

However, others view this as a compromised resolution.

Critics say it reduces the certainty and confidence surrounding aid, with French ambassador, Nicolas De Riviere, claiming that we are now relying on a “precarious renewal”. The American ambassador, Richard Mills, also commented on the matter, stating “[this is what happens] when one Council member takes the entire Security Council hostage” and that Syrian civilians will be negatively impacted by the downgrade in the quantity of aid. Ambassador Mills went on to detail the general Russian stance on Syria, “Russia is so brazen in its disregard for Syrian lives that it has not even bothered trying to justify its stance on a humanitarian basis. This is an immoral and cynical approach to humanitarian needs.” Russia and China have both defended their positions on halving the guarantee of aid as a means of protecting Syrian sovereignty – that is to say the Syrian government’s autonomy and right to act however they wish within their own borders.

The irony of Russia’s claim to be a protector of sovereignty has not been lost on many. The impact of the new resolution may mean that, by the time UN agencies and NGOs working in the area will have organised to begin their operations, their authorisation will have expired. This will force them to spend valuable time and resources every six months working to apply for renewals and will diminish the amount of focus they can give to aid distribution on the ground.

Russia’s veto is part of a larger trend that sees the permanent members on the UN Security Council ally with brutal regimes by stalling action proposed by the UN. This trend applies to two states and two regimes in particular – The U. S’s defence of Israel and Russia’s defence of Syria. With regards to Russia, this is the 17th time they have used their veto to defend Syrian sovereignty despite that sovereignty being used to justify atrocities such as the Syrian government engaging in biological warfare against its citizens. Similarly, Russia and China both also used the veto to protect North Korea’s nuclear programme in 2022.

The situation between the U.S and Israel mirrors that of Russia-Syria but has been going on much longer. The U.S has used its power to veto 53 resolutions that would have sanctioned Israel over the past 50 years. Amongst those 53 exist a veto opposing investigations into the murders of seven Palestinian civilians by an Israeli soldier in 1990 and Obama’s veto of a resolution that would have denounced Israel’s illegal settlements in the West Bank in 2011. The U.S’s blanket support for Israel is tantamount to a war crime get-out-of-jail-free card and unquestionably sends a message to Israel that international law does not apply to them. China for its part has also used it’s veto twice to block UN aid to countries that are diplomatically engaged with Taiwan. Threats on the global stage is the main way in which China exerts indirect control over Taiwanese foreign policy and waving the veto around is one means of intimidating states looking for UN support.

This all begs the question – why are certain states given a veto at all, especially when vetoes are mostly used to defend the indefensible actions of friends? 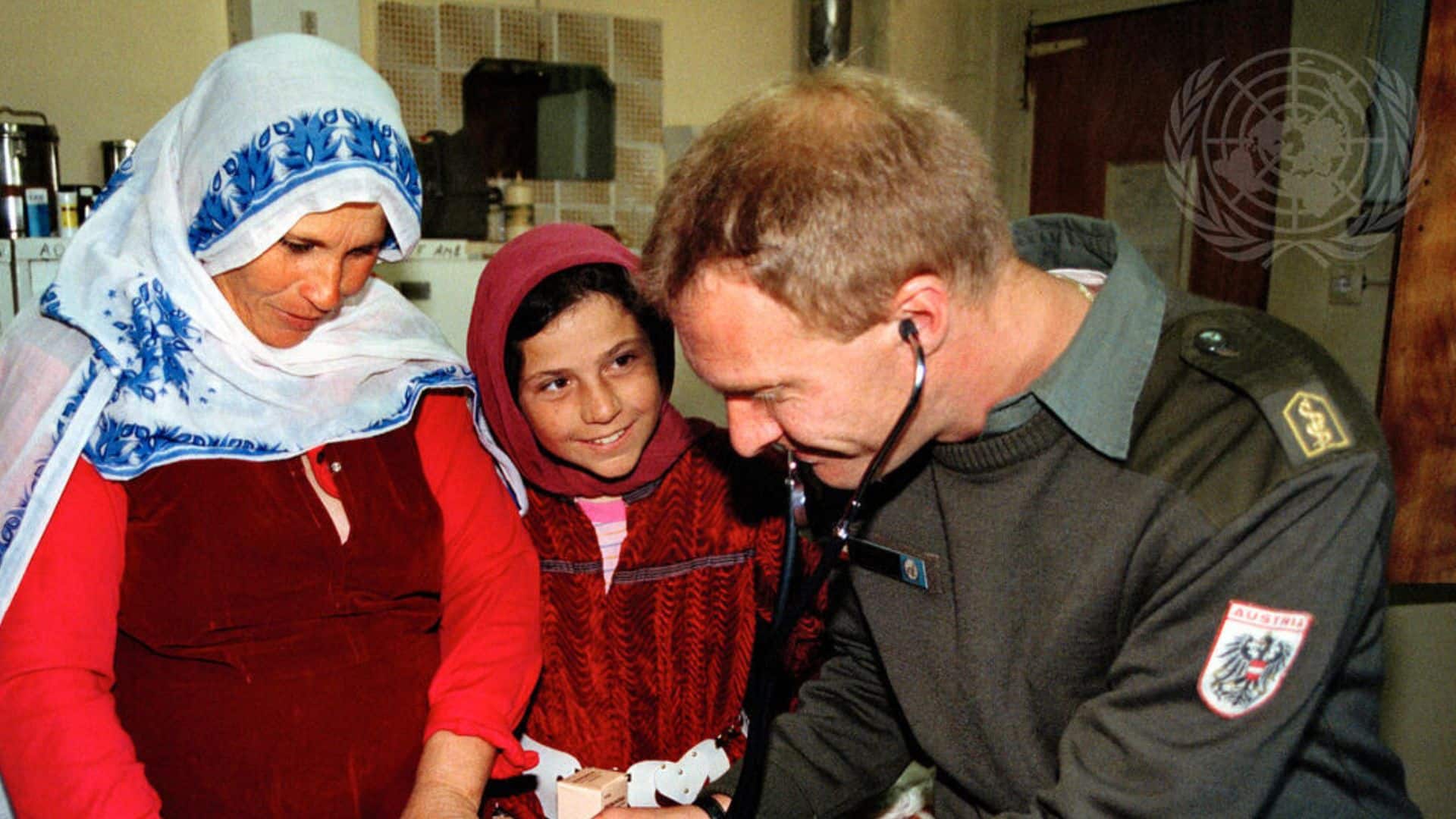 Why is there a veto?

The veto was added to the UN charter as a way to persuade the Great Powers to join the UN. The Great Powers made it clear that there would be a veto or there would be no UN. In the wake of two devastating World Wars, the appetite for supranationalism and global governance was big. The veto was a bitter pill worth swallowing to establish the UN, binding the power in compromise from the very beginning in the hope that five countries would at least sing from the same hymn sheet on such serious matters. But in reality, over the near 80-year history of the UN, it has become an insurmountable weapon of war, the very thing the international organisation sought to prevent.

The veto is a barrier preventing the world from progressing past our former colonial global system. For four former western colonial powers to hold elevated influence over what regimes are worth keeping or what ones ought to be changed around the world is clear neo-imperialism. The list of permanent members on the Security Council includes only one state outside of the conceptual West. Similarly, the Security Council contains no representation from Africa, South America, or Oceania – yet three from Europe. This issue of Security Council representation too is a matter for debate.

Both Turkey and Brazil have at certain stages in recent times advocated for the abolition of the veto and have called for nations such as Turkey, Brazil, Indonesia, and India be added as permanent members to the council. In April 2022, the UN General Assembly voted that the General Assembly must convene within ten days of a veto, at which the vetoing state would be required to provide greater justification and a debate would take place around the use of their veto. This is a first step but it is doubtful that the General Assembly will have enough power to either convince or shame a permanent member into reversing their veto. The outcome of this reform is that procedurally, vetoes will now take longer but will still have the same effect of facilitating war crimes and authoritarian regimes. Efforts to reform international laws that would place responsibilities on third-party countries to ethically intervene in conflicts have also suffered under the political curse of compromise: legislation has been clumsily worded and operationally impractical.

Veto reform is merely polishing the veneer of something that is broken on the inside; abolition is the way forward.

Ireland was among five states, the others being Algeria, Indonesia, Malaysia, and Mongolia, who called for an outright abolition of veto powers back in 2018. Italy as part of the Uniting for Consensus Group also noted a desire amongst member states for the abolition of the veto. In relation to the Syrian civil war specifically, on top of their proposed resolution Ireland pledged €23 million towards humanitarian funding for Syria at the Supporting the Future of Syria and the Region conference in Brussels in May 2022 – the sixth conference of its kind. The funding will be provided to a number of humanitarian agencies. With this pledge, Ireland surpasses the €200 million mark in total humanitarian funding provided to Syria since 2012. While aid is stifled by a paralysed Security Council, the UN is forced to build peace with one hand tied behind its back. Of course the various reasons that cause Western democracies to prop up authoritarian regimes in the first place will still exist. However, in a veto-less world, the ways in which they could do this would be reduced by one.

In Otter News: In Conversation with Cork Nature Network

STAND News Contributor Niamh Kelly continues her series on marine conservation issues. Emma Caulfield, a social media officer for Cork Nature Network, shared in an interview with STAND News how research and education can help to protect otters and other biodiversity in Ireland.

“On Porpoise”: In Conversation with Irish Whale and Dolphin Group

STAND News Contributor Niamh Kelly continues her series on marine conservation issues with a look into the work of Irish Whale and Dolphin Group. Read about their research monitoring habitats and tracking populations, and how ‘citizen scientists’ can get involved in protecting Irish whales and dolphins.

STAND News Contributor Niamh Kelly continues her series on marine conservation issues with a look into the work of The Irish Basking Shark Group. Their research on this mysterious fish has important implications for Irish conservation work and even tourism.