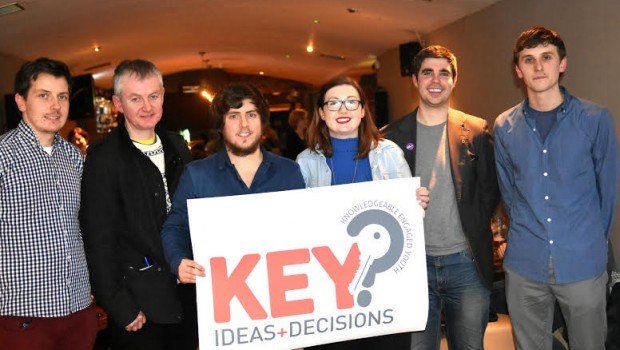 Meet Gary, Laura, Chris and Owen and find out how they’re supporting young people to get involved in politics. Applications for The Ideas Collective 2016 open until Tuesday 24th May!

Can you tell us a little bit about your project idea, where it came from and why you decided to apply for the Ideas Collective with it?

Around the time I saw the opportunity of the Ideas Collective, I had been thinking a lot about how inaccessible politics in Ireland seems to be. This was prompted by my experience as a campaigner for the marriage equality referendum. It was my first time being involved in a national campaign and it really opened my eyes to how little I knew about politics in Ireland. It also made me feel like myself and all the other young people driving the grassroots elements of the campaign could make a difference for other issues too. So I decided to learn more – about both Irish politics, and how citizens could be more involved in decision-making.

How did being part of the Ideas Collective affect your project?

Through our involvement in the Ideas Collective our project grew from a vague ideal to a concrete enterprise which could help fill a real gap in Irish society. One of the most enjoyable aspects of the Ideas Collective was getting the opportunity to give and receive feedback on each other’s projects. There were so many interesting initiatives being developed by such great people and being able to witness and contribute to their evolution was really exciting.

Who do you think the Ideas Collective is suited to?

The Ideas Collective is perfectly suited to anyone who feels passionate about a problem or an issue, and wants to do something about it! It was that sense of wanting to make a change for good that brought last year’s group together.

We were all approaching different issues, and had varying levels of clarity about our ideas, or experience in the area of social change, but the common denominator was that we all wanted to take our various projects from a vague idea to something that would make a difference. So, anyone who feels similarly about a problem or issue is well suited to the Ideas Collective.

Almost one year on, where are you with your project?

KEY Ideas and Decisions has come a long way in the last year. Since the end of the Ideas Collective, we have launched our website and grown a strong social media presence. 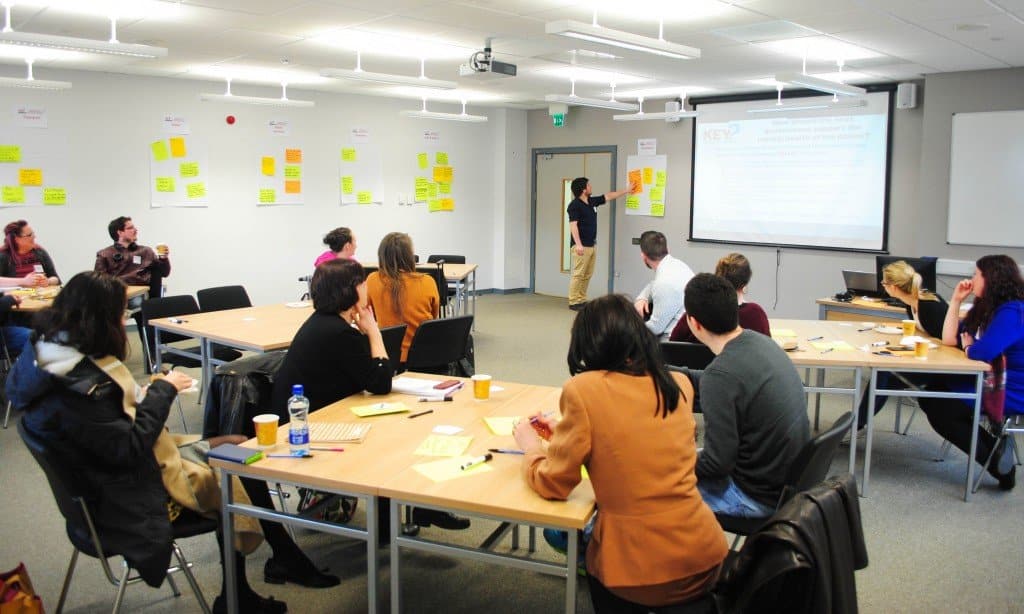 We have also held two workshops, where participants discussed and developed policy objectives that they feel the next government should follow. Each workshop was followed by a forum, attended by political candidates, where we presented our participants’ policies ideas for discussion with them .

Highlights so far have been coverage we’ve received in The Journal, Trinity News, and A Lust for Life, as well as Niall “Bressie” Breslin joining us for our post-workshop discussion on mental health issues.

All in all, we’re thrilled with our progress so far, and excited about our future plans. The Ideas Collective helped us to take a massive step forward; we cannot recommend it highly enough.

Photo: Chris, Owen, Laura and Gary with two election candidates at the launch of KEY Ideas and Decisions in Galway.

Find out more about KEY Ideas and Decisions

Do you want to be part of the The Ideas Collective 2017? Get your application in early to secure your place. Deadline for applications 15th May!