Gender and sex: An introduction

Claudia Nussbaumer begins her 8 part series, ‘Gender roles in indigenous communities,’ by breaking down gender and sex in society today.

When talking about gender roles, it is important to firstly establish what gender is and what makes it different to sex. What is commonly referred to as sex, is the biological distinction between female and male, in other words what type of biological characteristics a person has. Gender is the social aspect of difference and hierarchy between men and women; the social meaning of masculinity and femininity. The different ways in which we are ‘doing gender’ and acting out our societies perception of what it means to be a ‘woman’ and a ‘man’ is referred to as ‘gender performance’. It reinforces the ‘naturalness’ of gender roles and gender differentiation. So gender is something we are doing, rather than something we are.

Gender performance brings with it some problems. Most of all, it is limiting; you have to conform in order to be accepted, you’re not given the choice to simply ‘opt-out’. We are socialised into what we can and cannot do, what it looks like to be a girl or a boy and what characteristics are expected of us.

Under the umbrella of gender performance lies the concept of hegemonic gender. Part of sociologist, Raewyn Connell’s gender order theory is the term ‘hegemonic masculinity’, a practice trying to legitimise men’s dominant role and women’s subordination in society.  This model of gender; as something set in stone, defined by nature and something we have to obey to, is another aspect of gender negatively affecting society and especially non-conforming folks. Sexism, #metoo, the gender pay gap: these are all aspects of how the social construct of gender have manifested into toxic behaviour between men and women.

All of these terms, theories and concepts are part of the ‘western world’s’ perception of gender. When we come to our article series’s focus, Indigenous communities, we will see a spectrum of gender roles and gender identities. Some of them are very close to the ‘West’s’ idea, though, they are not as limiting. It is very often a case of ‘what is this person capable of doing’, therefore gender is mostly understood in terms of labour and who is able to bear children. It is generally not so important in other aspects such as appearance (clothing, hair, make-up) and behaviour.

We can learn a lot about gender, it’s fluidness and limits when looking at other cultures before they were socialised and introduced to the ‘western way of life’. Our series will look at cultures from all around the globe, in order to find similarities but also to underline the differences and contrast it with the hegemonic set of beliefs.

Above: Volunteers with the Dublin Rape Crisis Centre. Photo courtesy of the DRCC.

In 2016 the Dublin Rape Crisis Centre:

We sat down with Jordan Campbell to talk about the work they do, how to volunteer with them and what needs to change for sexual assault victims.

Q:What does the Dublin Rape Crisis Centre do?
The Dublin Rape Crisis Centre was set up in 1979, initially as a counselling service. We’ve expanded since then and now our mission is to prevent the harm and heal the trauma of sexual violence. We do that in a number of ways. In terms of services, we have the national 24-hour helpline. We would also work with around 500 people a year for face to face counselling.

A third service we provide is what we call an accompaniment service. Court in particular can be a bit traumatising for people all over again, because you’re rehashing the details and often questions come up about how much you have to drink. There’s a lot of victim blaming. People struggle to deal with that with their family members present and they may not want to involve them but they want some support there.

Q:Who do you work with?
We work with both male and female survivors. Everyone tends to think of us as a women’s organisation, but to our helpline – it varies from year to year – generally 15-20% of the contacts are male. Our view is it’s always good when people report or when people talk about it.

Q: Apart from counselling and accompanying, what other work do you do?
We’ve expanded beyond the services in recent years to look at actually preventing sexual violence. We’re saying that when it happens we want to make sure that whatever a person needs can be put in place for them but ultimately wouldn’t it be great if it didn’t happen at all? We want a society in which sexual violence does not occur and in which its not tolerated.

The work we do includes education and training work. We run a program called body rights, which is a train the trainer model. So if you’re a teacher, or a school guidance counsellor, or a chaplain or a youth worker, you might decide to do body right to incorporate that into some of the work you’re already doing with teens.

Q: How can people volunteer with the Dublin Rape Crisis Centre?
We have a formal volunteer program for people that are 25 and over. We don’t want anybody that’s too young, that might be overwhelmed by some of the issues that would come up. People can apply two times a year and they go through an intensive training program, that includes a visit to SATU (Sexual Assault Treatment Unit). Some of them would then go on to be telephone counsellors overnight and some of them would be on rota to cover the rotunda for the SATU unit if somebody calls in. Volunteers generally that go through that program generally stay with us for 2 years and would commit to a certain number of hours per week.

Q: If there was one thing you could change tomorrow, for sexual assault victims what would it be?
I would want anyone that experienced sexual violence of any form, if it’s historic or if its recent, to know that however they respond is ok. That it’s unique to the person and there’s a lot of different ways that people react to it. But to know where they can go to get support and to give themselves permission to reach out for help, either from a professional service like the Rape Crisis Centre, like counselling, if they need it. Or also if they feel they don’t need it to know that that’s fine too. 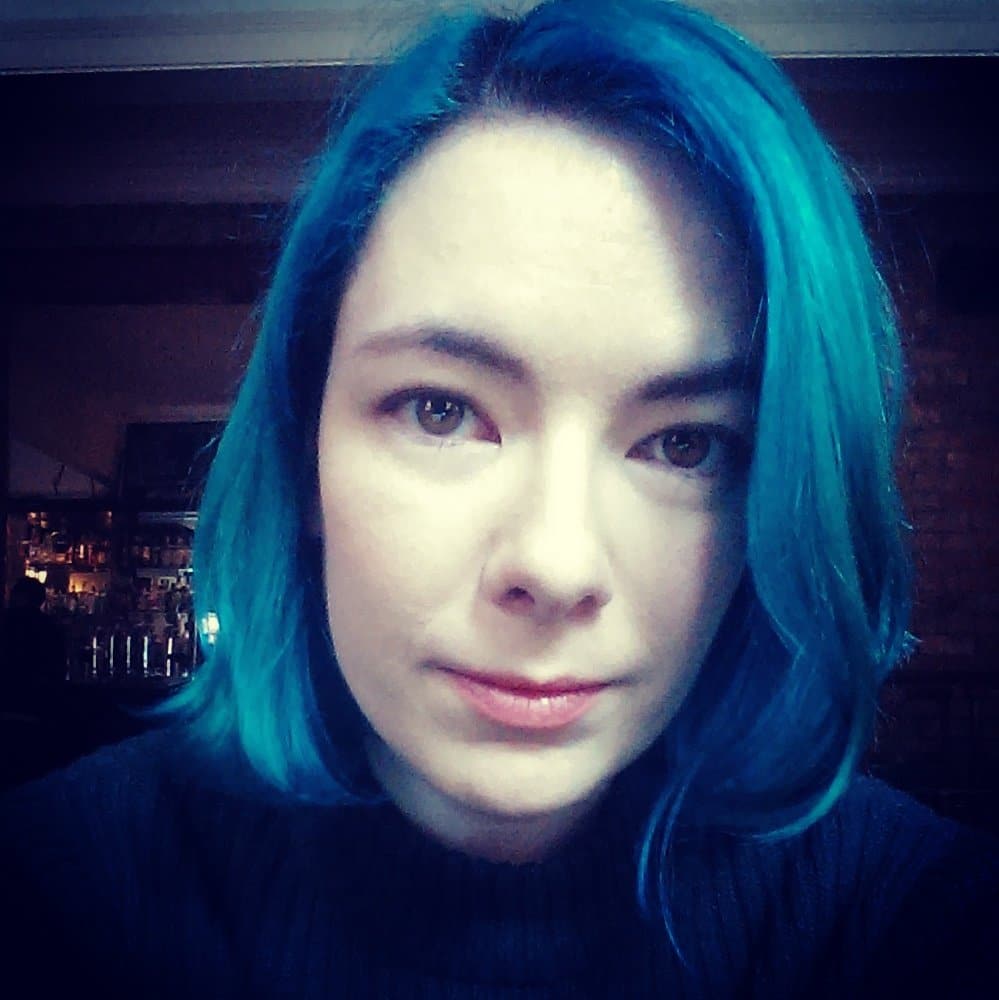 Jen Carey, creater of new board game Rampunctious, talks entrepreneurship and sexism in the gaming industry

Jen Carey has always been interested in games, ever since she got a Playstation One as a child. Jen went on to study game development in college, and after working in games companies and games middleware, Jen has switched the screens for boards with her new board game creation Rampunctious. Jen had time to chat with us recently about her entrepreneurial venture and what it’s like as a woman in the gaming industry.
1. Hi Jen. So tell us, what is Rampunctious?
Rampunctious is the game of terrible puns. Rampunctious came about from wanting to make a game that I’d like to play. I’ve always enjoyed making bad jokes and I’m that friend who loves to make a bad pun, so I decided to come up with a way to inflict that on as many people as possible. It’s a party game for four or more players and whoever makes the best, most or worst puns wins. If someone makes a pun so bad that people physically cringe (and are tempted to disown them) they can be awarded a Cringe card, which is an extra point and a shameful honour. The first person to get 10 points wins.

2. What was your favourite part of creating Rampunctious?
My favourite part happened after a few scheduled playtests. I went to some game dev events, and people were asking if I’d brought Rampunctious with me and when they could play it again. It’s a really great feeling to find you’ve made something that people enjoy playing and were trying to play again.
3. What’s next for you? Any future projects?
My next game is already in the works and it’s called Bragging Rites. We’re at the early playtest stages of creation. The idea is everyone plays as a criminal and they try to come up with the best story possible to claim bragging rights for a crime. The catch is they have to explain the evidence that’s left at the scene, which is revealed piece by piece. This means they have to keep changing their stories to explain how a block of cheese or a bowl of sequins was left there.
4. What is it like being a female in the gaming industry?
Being a woman in a male dominated industry is always going to be a bit of a trial, I won’t lie, but there are so many amazing, creative and supportive people here that you can usually avoid the horrible ones. There are a huge amount of people who are working to make the industry better and more inclusive for everyone. The main thing I’ve found is that you need to get comfortable with calling out behaviour. A lot of people don’t recognise that they’ve said something offensive or they think that everyone feels the same way they do. I’ve found it helps to be able to challenge them when it happens. It also feels like you’ve done everything possible in a situation.
5. What advice would you give to any young aspiring female innovators?
Creative career choices often have a lot of skepticism associated with them. Some people have the idea that only a certain kind of person is allowed to be creative and that’s simply not true. If you want to make new things, whether it’s games or something completely different, go for it. Someone has to do it, why not you? Often the people making the most interesting advances or products are the ones who look at the topic differently. Everyone’s struggling to find something new and something can’t be new if you only look at it from the same view point and interests as everyone else.
Rampunctious is officially launching in October. There will be a launch party in The Square Ball on 24th October, check out the Facebook event page here. At the launch you can grab a copy of the game, or you can order it from the website ficklegames.com. The game costs €20 excluding postage. We don’t know about you, but we’ll be practising our puns for the next few weeks! 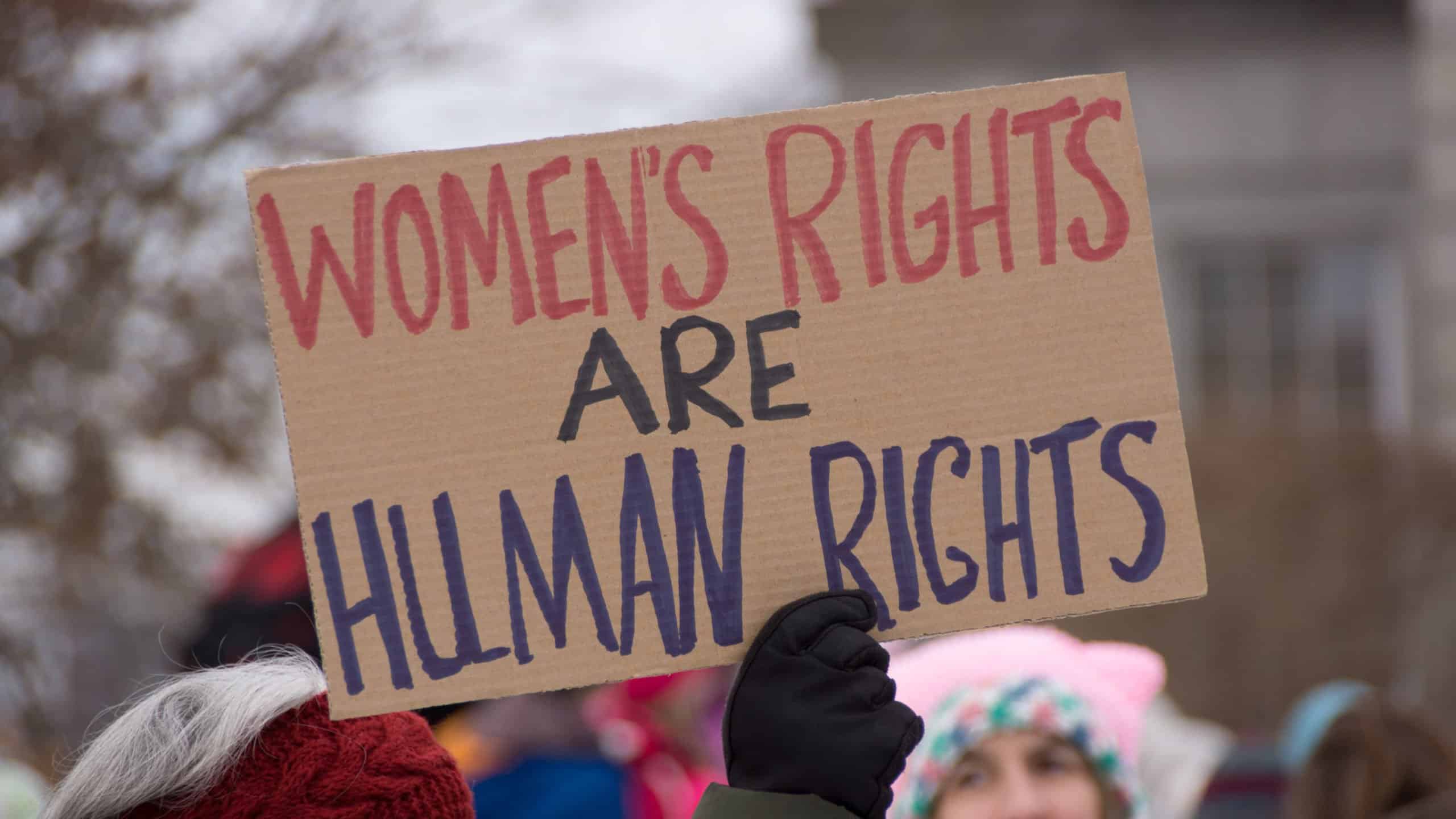 Women make up roughly 50% of our global population but still face significant human rights challenges, including some which are less visible but equally damaging such as gender bias in institutions like the media. Cassie, our Women’s Section Editor, reminds us of the women’s rights issues that were important to us in 2019.

The power of small

It is undeniable that sexual assault and rape are seriously pressing and important global issues. However, in the search for solutions, we tend to jump to the biggest problem solver – how can the law be reformed to better protect victims? Sometimes though, smaller actions can have a very worthwhile and instrumental effect.