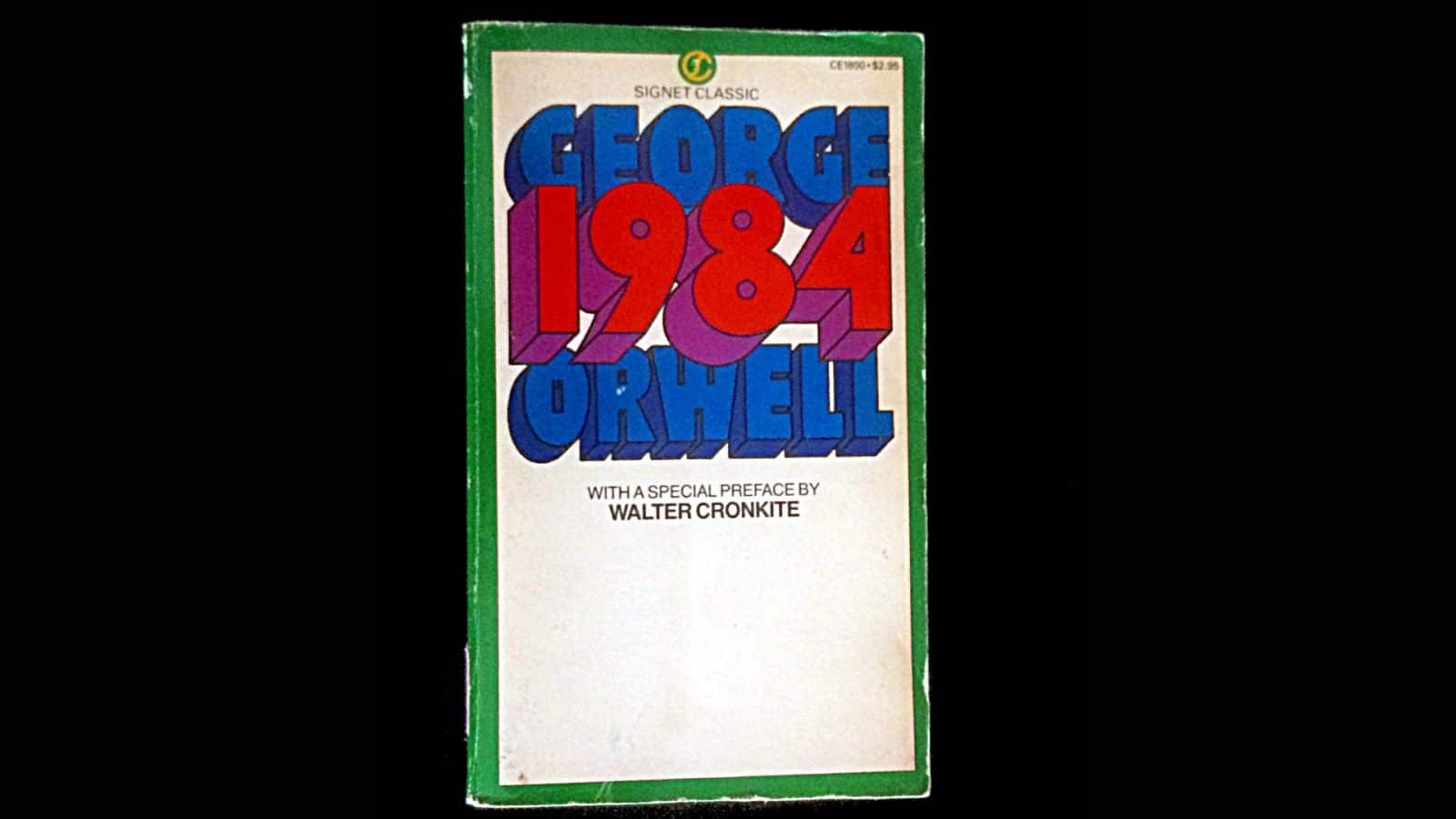 In recent years there has been an insurgence in the comparisons between the world of George Orwell’s 1984 and that of our own. To some extent, one cannot deny the existence of similarities between the two, but it is deeply flawed to claim that both are one and the same simply because they share some things in common, even more so when those similarities are nuanced and remarkably different in terms of how they’re put into practice and their severity. Censorship, for example, is present in both worlds, yet most censorship in our world is aimed at people which pose a threat to a nation’s citizens; e.g. Trump’s ban on Twitter due to the constant spread of misinformation and the long-awaited ban of the far-right dominated app Parler. In 1984, on the other hand, what was censored and immediately eradicated from recorded history was anything that might have harmed the Party’s grasp on the people it controlled.

We cannot, of course, ignore the fact that our world also suffers from censorship aimed at people who want to do good by exposing corruption in governments or corporations, the difference in nuance here is that – more often than not – the unfair censorship leaks out onto the internet and the public becomes aware of it taking place rather fast. The issue, sadly, is that nothing usually seems to come out of people being aware; it is rare that they would get together and act whenever unfair censorship was exposed. What you’re more likely to encounter instead is a post or two online lamenting the unjust censorship, without any further action from the poster. Either way, not even taking into consideration the differences in nuance, it is still rather insulting to people that actually have lived through totalitarian regimes (or still are) to even think that whatever is going on in America or in any of its geopolitical relatives* is remotely close to such regime.

1984, at its core, is a non-comical caricaturisation of Stalinism, intended to work as both a critique of the government under Stalin’s rule, but also as a cautionary tale, informing its readers of the consequences and dangers of totalitarianism if it were to go on for too long; or at all! Our world, in juxtaposition, is one mainly dominated by capitalism, a “regime” long gone from the world of 1984. This difference already is large enough to hinder the arguments in favour of our world being Orwellian – the terrors one can face under two such difference regimes are fundamentally different. It is egregious to compare the state that America is in to any truly totalitarian regime. Yes, Trump – to put it mildly – was a rather poor excuse of a president, yet to no extent was he attempting to rewrite the past in order to take a hold of the future; neither was he having any one person keep an eye on all of America’s people 24/7, or throwing people freely marching against him or constantly speaking out against him or members of his administration into prisons in order to torture them to the point of becoming mindless puppets of the state. One in favour of placing 1984’s vision of the world and our own into the same bracket would easily look at the previous paragraph and draw similarities between many aspects of both worlds, yet, as previously mentioned, these similarities are nuanced to the point in which one can’t simply point to them sharing a thing or two in common and then call them one and the same.

We can form a quick example by comparing the telescreens used in 1984 to spy on Party members and the N.S.A.’s scare on people across the globe. In 2013, former C.I.A. employee Edward Snowden leaked classified information revealing that N.S.A. was building a database of U.S. telephone records and also amassing a collection of captured images from video chat users on applications such as Yahoo!. This leak confirmed the one fear most people shared: that they were being listened to and watched at every moment. People began to panic and act all around the globe, even though the issue was centralised in America. Tapes covered laptop and mobile-phone cameras, apps were uninstalled due to uncertainty over N.S.A. influence, and, surprisingly or not, Orwell’s 1984 saw an increase in sales. No doubt, people spotted a connection; yet, once again, they fell short of taking the nuance of the event into consideration. The fundamental difference comes from the intent. We are told, by O’Brien—the figure 1984s protagonist Winston looks up to and ends up being betrayed and tortured by—the true intention of the Party’s use of these devices:

Telescreens purely exist in order to control what the Party members are thinking and feeling, whereas, when it comes to the N.S.A. spying on the people, they are predominantly interested in the exact opposite; the overt act. They care about signs that could anticipate a terrorist attack or other dangers. To this day, it is improbable that any one person would spend an entire day spying on all the actions of a single individual. Now envision that upscaled to the entire population of a country, and you are left with Orwell’s idea of the telescreen.

One aspect of this issue appearing only in our world and not that of 1984 is one which paradoxically is created by people’s freedom to do (mostly) whatever they please. Just this past year, Zoom, due to flaws in its systems and security, made it possible for anyone to gain access to their users’ cameras and microphones without them even knowing. Now, it’s up to each of us to decide what is more jarring: the government keeping an eye out for signs of terrorism, or strangers breaking into our devices and doing who-knows-what with the footage they collect.

To take matters of comparison even further, we can discuss the difference in the power of persuasion present in the two worlds. In 1984, Big Brother, through serious efforts, ensures that anything that has ever been written, recorded or said in the past, which obviously does not match the Party’s agenda on how they plan to shape the present and future, is quickly disposed of and replaced with “accurate” information instead. In our world, there is no need for that. If someone were to walk upon a podium in front of thousands of people, it would only take a reasonable amount of confidence behind their statement to make the audience believe what they are saying. There is no need for fact-checking, or fact-replacing; as long as the charisma is there and the crowd holds partial bias towards said leader, the people will believe it. I’m not entirely sure what leads us to this yet, I suspect that people are drawn towards believing anything that solidifies their pre-existent world views, or a belief in something that makes them feel safe.

The simple fact that this article – and many others which critique certain aspects of governments and their leaders – can exist, should be proof-enough that our world is nothing like that of 1984. We still possess our freedom of speech, we are still able to gather and protest for our rights, we are still able to envision change all whilst dealing with problems uniquely terrorising our own world. In certain regards, some of these problems are actually worse than their counterparts in 1984, but the intrinsic differences between these issues are so vast that our world’s problems are chiefly our own; they are not brought over as if by a bout of Orwellian prophecy.

*There is an unforgivable amount of ignorance present in the people daring to compare our world to that of 1984, not because our world isn’t plagued by totalitarian regimes – either poorly disguised or more upfront – but because these people aren’t even referring to the entire world when they coin phrases such as “our world,” “we live in a world,” “our lives.” It has become the norm as of recent times that these phrases generally only refer to the USA and its democratic relatives such as Canada, South Korea, Japan and Western Europe, which reflect a limited outlook on the world by any one person using these phrases in this way. This article is a response solely to those people and is not meant to portray ignorance towards people still suffering from totalitarian rule.