Hong Kong and China are often seen as interchangeable, an extension of one another. This couldn’t be further from the truth. The relationship between the two is deeply complex and involves a variety of political, legal, and economic variations. This difference is rooted in the fallout from the First Opium war. China ceded the island to Britain in the Treaty of Nanking in 1842 as payment for their debts. The former colony was returned to China in 1997, and Beijing began its re-integration attempts. The National security law which was introduced in July 2020 signified a more forceful and legally binding step in the removal of Hong Kong autonomy. As the first trial under this law gets underway, Beijing’s dedication to nationwide unification becomes ever clearer, and the independence of the people of the island slips further into living memory.

On the 30th of June 2020 Chinese legislators unanimously passed a new national security law. The law was introduced just weeks after it was first announced, its enactment bypassed Hong Kong local legislature, and the text detailing the logistics of the new law was kept secret both from the public and allegedly from the Hong Kong government until after it was enacted. The law has been criticised for a wide variety of reasons including its application to all individuals. The law asserts jurisdiction over those who are not residents of Hong Kong and those who had never set foot within its borders. This essentially means that regardless of nationality or location anyone on earth can be deemed in violation of the law and be prosecuted if they are in a Chinese jurisdiction.

The law itself is incredibly vague, terms like “ subversion”, “ terrorism”, and “conclusion with foreign forces” carry maximum penalties of life imprisonment however the legislation does not expand on what exactly is meant by these terms. Individuals can be arrested for “endangering National Security” which can mean essentially anything. People who have previously been deemed by the Chinese government to be endangering national security include those attending peaceful protests, or criticising the current Chinese government. Amnesty International has documented multiple cases in which journalists, lawyers, and other individuals have been charged with “subversion”. In 2017 Wu Gan was imprisoned for 8 years due to his criticism of the government on the internet.

Almost immediately after the law was passed, Chinese authorities began to crack down on peaceful expression. People have been arrested for carrying flags, stickers or banners which display political slogans, or for possessing items that can be deemed to be political slogans. Individuals have been arrested for wearing t-shirts containing song lyrics that could be deemed as endangering national security. As an act of protest after the law was introduced many individuals began silent and peaceful protests in shopping malls and other public areas holding blank pieces of paper. The Chinese government has also begun to associate this with subversion and other crimes under the new national security act.

“Almost immediately after the law was passed, Chinese authorities began to crack down on peaceful expression. People have been arrested for carrying flags, stickers or banners which display political slogans, or for possessing items that can be deemed to be political slogans.“

Tong Ying-kit has become the first individual to be charged under the Hong Kong security law. The 24-year old was arrested after he ran his motorbike into a group of police officers whilst carrying a flag with the phrase “Liberate Hong Kong; Revolution of our times”. He was found guilty of “intimidating the public in order to pursue his political agenda”. Despite his defence team arguing for one. He was tried without a jury as the Hong Kong Justice secretary argued that the “jurors’ safety may put it at risk given the city’s sensitive political climate”.

This article was supported by: STAND Business and Politics Editor Sean 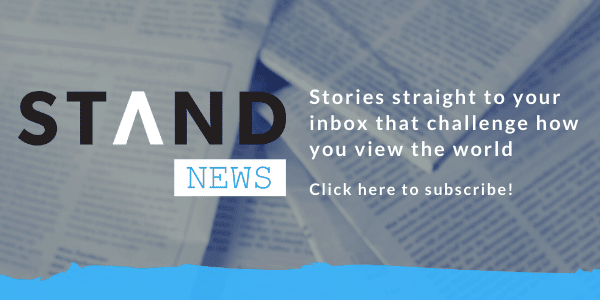