Disaster reduction: photos from around the world

Aaron Clark-Ginsberg shares his photos and stories of disaster reduction projects from around the world.

The earthquake in Nepal and the ongoing West African Ebola crisis have both claimed thousands of lives— the earthquake around 7,000 and Ebola over 11,000 – in addition to causing untold economic, psychological, and physical suffering.  While tragic, these disasters were not inevitable, and both could be prevented with the right measures.

In a recent article on the Nepal earthquake, disaster researcher Ilan Kelman described how better building codes, basic earthquake education, and tackling some of the root causes of poverty could have saved thousands of lives.  Evidence has also emerged that the impacts of Ebola would have been much less if national health systems were stronger and international response more rapid and coordinated.

Over the past decade, more work is being done to prevent disasters from occurring. The photos in this album are scenes of how Concern Worldwide is working with communities, governments, and NGOs to reduce disaster risk and build safer and more
resilient communities.

They depict the various, often simple, measures being taken to reduce risk and highlight that far from being uncontrollable as inevitable acts of god, disasters are human products rooted in social, economic, and political inequality and powerlessness.

Constructing terraces to reduce erosion, flood and drought in Ethiopia

Drought is common in Ethiopia, and often creates widespread food insecurity affecting millions of people.  To reduce the risk of erosion, flooding, and drought, communities are constructing terraces on the slopes of steep hills.  Terracing improves groundwater infiltration.  This helps recharge watersheds, which reduces flood and drought risk.  It also creates a flat space that is better for growing fodder and other crops, which improves food security. 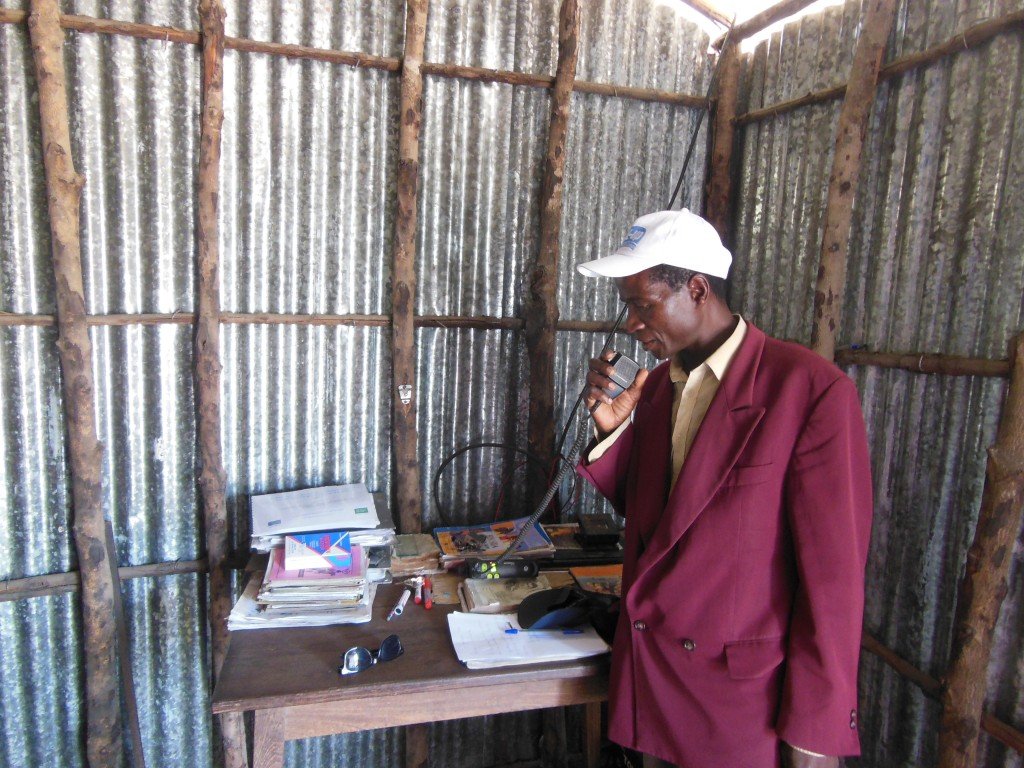 Disasters will occur even with the best risk management systems in place, but their impact can be reduced with the right preparedness measures in place. Some disasters—like floods, cyclones, and drought—can be predicted in advance.  This picture shows a local volunteer disaster management committee member in Mozambique demonstrating how to use a radio used to communicate between local and national levels for early warning flood and cyclone messages.

Most disaster risk reduction efforts actually involve simple everyday measures.  Storms and floods are common in the coastal areas of Bangladesh, and residents of the region do a number of things that make it possible to live in the areas.  This includes maintaining mangoves and basic concrete barriers, which both protect against erosion and storm surges, constructing houses on higher grounds using stilts, and having boats readily available in case flood waters get high. While simple, these choices take resources that are not always available, particularly for poorer and more marginal residents. 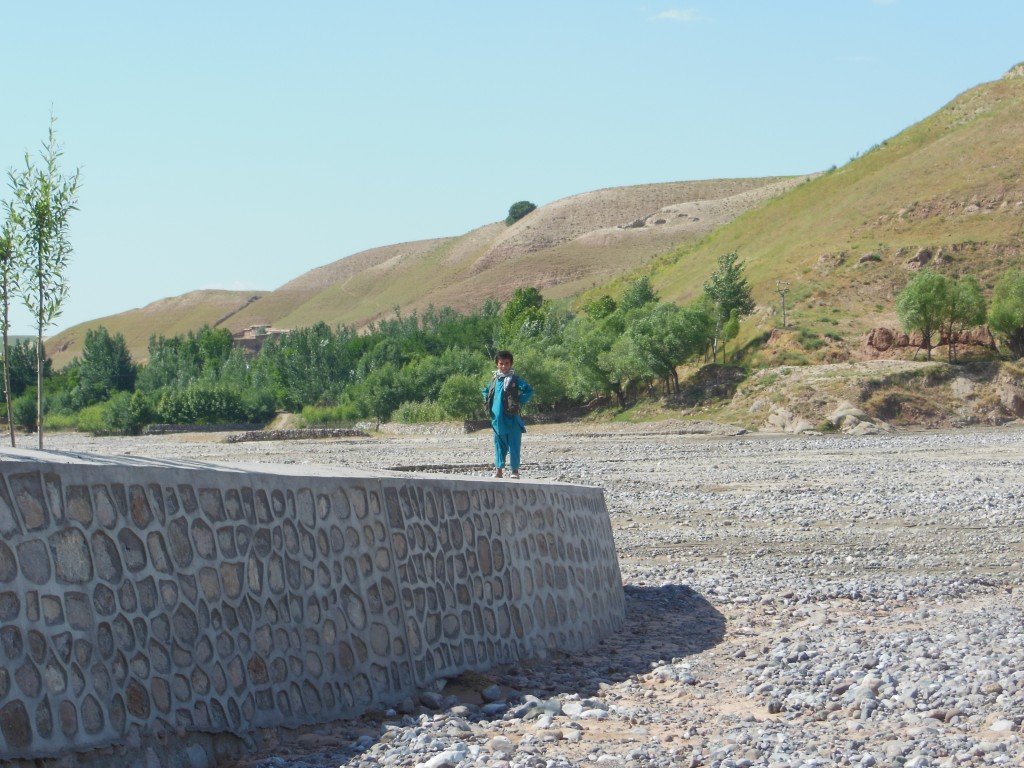 Building embankments to protect against floods and erosion in Afghanistan

Embankments are another measure to protect against floods and erosion.  This photo shows one of the embankments Concern constructed in Takhar province, a mountainous province in northwest Afghanistan.  Rivers in mountain areas often flow very fast, and Concern has found that embankments need to be constructed to high specifications.  This embankment is made with a mixture of cement and stones and rests on a foundation that goes down to bedrock.

Floods are also problem in some of the slums of Freetown, Sierra Leone.  Slums are often built on marginal, hazard-prone land; in Freetown many are on riverine floodplains.  The city, furthermore, has limited waste management and the rivers get filled with solid waste, which blocks downstream river water discharge, increasing flood risks.

Waste also creates major public health hazards and increases the prevalence of disease, including cholera. In the past, slum residents have organised volunteer cleaning days to clear the rivers of waste, however waste accumulates quickly because waste management systems in the city are so poor. 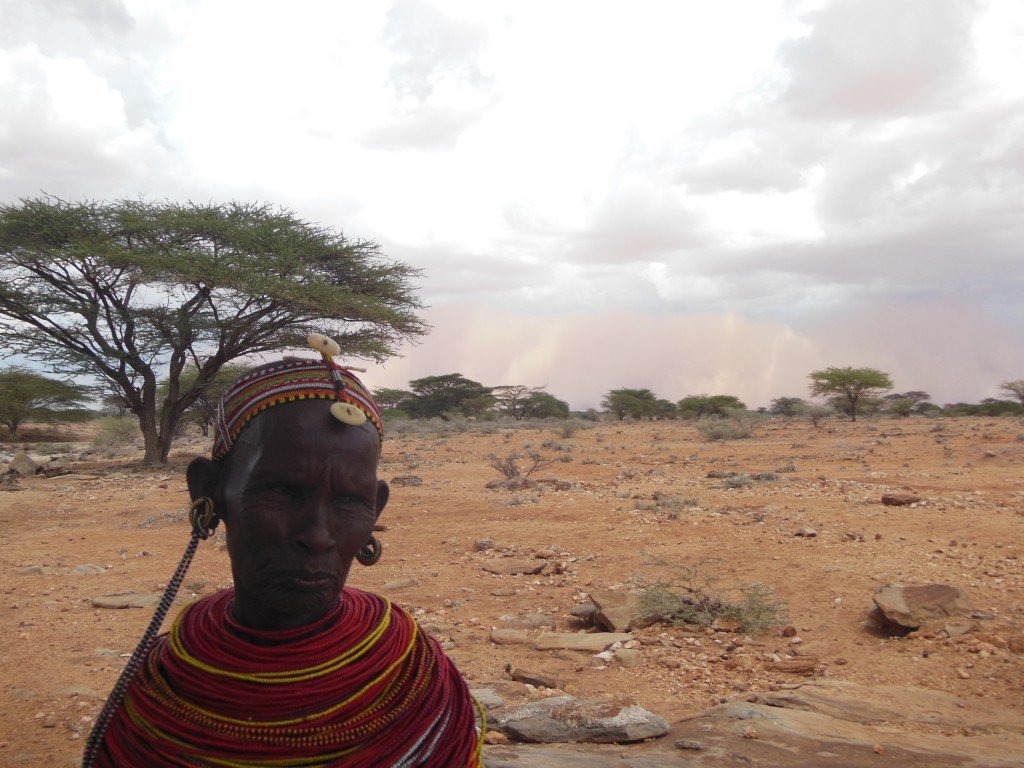 Communities usually have strategies for managing their resources, and reducing risk requires working with and building on local approaches rather than creating parallel systems.  Pastoralists in Kenya face a number of challenges related to drought.  They own and manage land jointly as a community, deciding on issues like when and where grazing is allowed and how to use other resources like trees and water.  Concern has been working with these communities to reduce risk.

This picture shows a member of one of the communities Concern is working with.  Concern supports them by providing material to improve water points, which helps reduce drought, and cash and health support when food crises, often drought induced, arise.  Concern is also  is working with communities to improve the way they use their land by introducing new concepts related to natural resource management, such as controlled cutting of trees and maintaining strategic fodder reserve for dry seasons.  All of these activities are done through existing community structures.

These photos were taken as part of an ongoing 10-country study involving University College Dublin and Concern focused on disaster risk reduction. The opinions expressed are that of the author and do not necessarily represent UCD or Concern.

Aaron Clark-Ginsberg is a PhD student studying disaster risk reduction at the UCD Centre for Humanitarian Action and working with Concern Worldwide to document their approach to disaster risk reduction. As part of this he visited 10 different countries to examine Concern’s projects and interview staff, beneficiaries, and partners about Concern’s work and disaster risk reduction.  He is in the process of finalising 14 papers that explain the organisation’s work, and will use the data he collected over the trips as part of his PhD, which examines how national stakeholders engage with international NGOs to address disaster risk. The You can learn more about Aaron’s work here: http://cha.ucd.ie/sh_team/aaron-clark-ginsberg/

See more of Aaron’s photos from his PhD research