Decarbonisation is a Political and Ecological Project:
The EU Taxonomy, gas and other barriers

Europe’s energy transition requires large-scale private and public investment in low-carbon technology. On the 7th of July 2022 Members of the European Parliament voted in favour of a proposal to include gas and nuclear energy in the EU Taxonomy, a classification system created to clarify for investors what constitutes a sustainable investment. The EU Taxonomy is a tool that hopes to counteract, in combination with subsidies, the failure of the market to incentivise investment in renewables.

The proposal, put forward by the European Commission, triggered intense debate between member states. Austria remains deeply opposed to the expansion of nuclear energy, while Poland insists their use of gas is essential to quickly phasing out coal. The energy sector relies heavily on fossil fuels, and the transition to renewable energy is critical to reducing emissions; this is an immense project and is beginning to be fleshed-out in plans like the European Green Deal. The urgency surrounding Europe’s energy transition rapidly increased in the aftermath of Russia’s invasion of Ukraine, which contributed and was exacerbated by the continuing shortage in global gas supplies.

Ongoing heat waves across Europe provide an alarming backdrop to recent debates; suddenly the impacts of climate change carry a sense of immediacy for Europeans, an immediacy apparent to people throughout the global south for decades. Changing weather patterns, food insecurity, habitat destruction and pollution caused by extractive industries are just some of the impacts of climate change in the global south. Many schools and health centres in Sub-Saharan Africa, for example, still do not have power. As Europe grapples with the question of how to build low-carbon economies, the question of whether energy transition will result in improved global energy access and inclusion is far from certain.

Seven Irish MEPs voted against the proposal to include gas and nuclear in the Taxonomy, with five voting in favour and one abstention. All Fine Gael MEPs and one Fianna Fáil representative voted to include gas and nuclear energy in the taxonomy. The result of the vote generated strong reactions from some Irish MEPs, activists and researchers. Taken together they capture the contested and uncertain path to transition in Ireland and Europe. 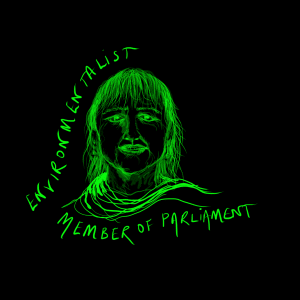 Beyond dirty versus clean, what does transition mean?

Ireland is at a crossroads; there is massive potential to produce renewable energy, but our reliance on imported gas has prompted concerns over energy security. Meanwhile, Liquefied Natural Gas (LNG) projects are being proposed by fossil fuel companies in various locations across the country.

During our interview, Brian, a representative of the ‘Not Here Not Anywhere’ (NHNA) Campaign, fighting LNG expansion in Ireland, was unflinching in his criticism of the EU decision: “anyone I’ve told about last week’s vote was shocked and outraged  – but the problem is that not enough people knew about it”. He stated clearly that:

“On an issue that has such a clear mandate from the public then I would wonder how [the MEPs] could justify their actions…It really makes you wonder who this legislation was for?”

The Commission for Regulation of Utilities (CRU), Ireland’s energy and water economic utility regulator, recently argued for the critical role of liquified natural gas (LNG) in Ireland. Ms MacEvilly, the CRU spokeswoman, said that ‘there was a need to explain to communities  in a better way why this was needed…we will not decarbonise without this infrastructure.” Fine Gael MEP Maria Walsh also emphasised the need to communicate the “reality” of transition:

“It is essential that we communicate and engage with the Irish public to ensure that they understand that member states are at different points in decarbonisation… Transition fuels are a means to an end. They are not the end in itself.”

The influence and power of the fossil fuel industry, specifically those invested in the continued use of gas, was highlighted by Irish MEPs and activists. Brian, from NHNA:

“[the] fossil fuel industry… use their influence to ensure no reduction in their activities. When it comes to LNG terminals being built in Ireland we see similar underhanded tactics being used to fund the Shannon LNG terminal by using European PCI (Projects for Common Interest) list funding.”

MEPs McManus and Daly, when asked to respond to the result of the vote, made reference to “powerful if silent interests” and the influence of “big lobbies here in Brussels”. Academics and activists insist that the fight against the fossil fuel industry is the ‘sine qua non of climate politics’ . Grassroots campaigns, including ‘Keep Ireland LNG Free’ focuses on the role that private companies will play in the expansion of LNG infrastructure, increasing our reliance on fossil fuels and unpredictable gas markets.

Shannon LNG, a subsidiary of Hess Corporation, has applied for planning permission for an LNG terminal on a site in North Kerry. In response, Kilcolgan Residents Association was established, including a website—‘Safety Before LNG’ (SBL) —that provides a ‘resource of information on the strategy used to develop an LNG terminal’. They describe a coordinated approach on part of Shannon LNG, the statutory body Shannon Development company and local politicians to convince residents of the potential of the project for the area, including a newsletter that described LNG as an “environmentally friendly fossil fuel”.

Climate Camp Ireland, a week-long event was held from the 2nd-7th of August near the location of Shannon LNG’s proposed site. The camp, involving workshops and family-friendly events, was envisaged as a way of challenging Shannon LNG, but also an attempt to create ‘a space that is a model of the kind of society we want, and need, beyond capitalism’. 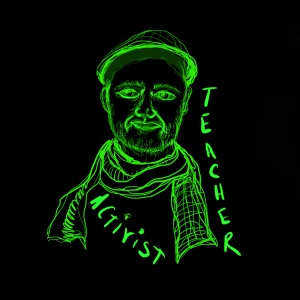 “We need a new politics—not just new technologies and policies”

Speaking with Patrick Kirwan, secondary school teacher and climate and biodiversity activist based in Waterford, I wanted to understand how decarbonisation is discussed in schools. He highlighted how “the education system doesn’t cover politics, how to engage with government reps…It isn’t dynamic because teachers lack time and confidence on these topics. But it could be different. We know that what we teach students leaches out into the community”. When I asked about the topic of just transition he was clear that, “to answer your questions students would have to have a good level of knowledge about the different aspects of climate…the students I work with closely, their knowledge is growing.  They just want to take action! They want to learn about the twin climate and biodiversity crises in a practical hands-on way”.

Sinead Mercier and Patrick Bresnihan, activists and lecturers in Maynooth University emphasise that our current approach ‘prioritises and assumes private, corporate ownership of renewable energy production’. Sinead Mercier’s work compares transitions in Germany and elsewhere, highlighting the need for ‘social dialogue’ that facilitates an ‘inclusive, iterative, place-based, context-specific approach’, and the damage caused by a poorly implemented transition. Wind farms—a critical source of renewable energy in Ireland—have been resisted by communities that were excluded by developers and felt that private companies and their far-flung investors were the primary beneficiaries.

Conchúr Ó Maonaigh, Phd student at Maynooth University, provided me further insight into the challenges of decarbonisation in Ireland, highlighting how it “ [relies] on spatial divisions of power that can undermine the so-called just transitions pursued by the state. There are clear sacrifice zones… [that] governments, activists, and the public do not consider in the discourse on decarbonisation”. He suggested that activists, particularly on the left, needed to “draw attention to the complex chains of ownership and resources that form the basis of renewable futures”.

The responses of committed people and organisations demonstrates the complexity of the energy transition, but also importance of continued interrogation of decarbonisation, a process that does not guarantee a just transition or dissolution of vested interests.

Featured image and portraits included in the article by Roisin O’Donnell.

Revisiting the Emergency in Pakistan: Floods and Loss of Life