Death at a funeral: grief and burial rituals during a pandemic 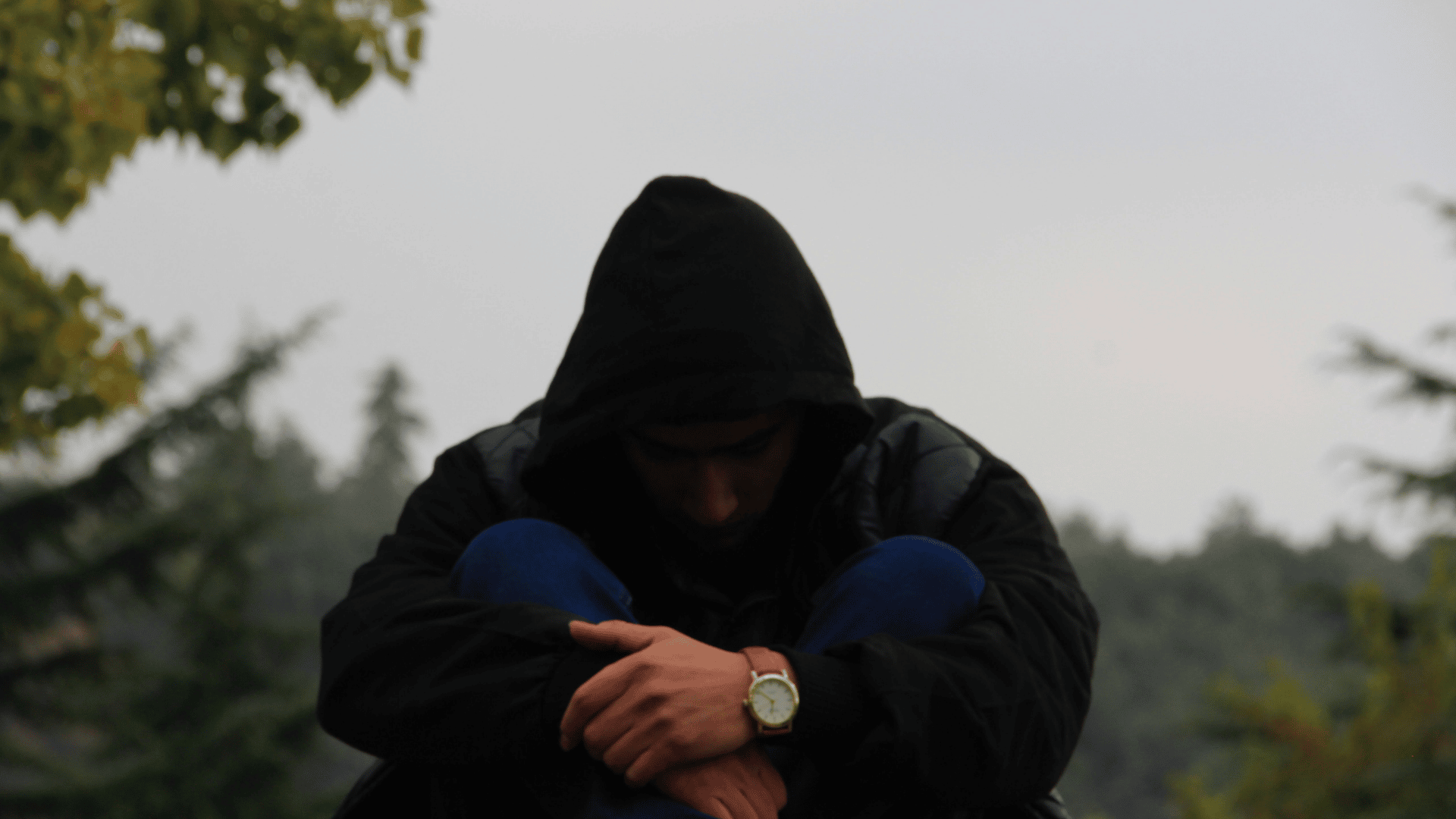 Throughout human history, the rituals and ceremonies surrounding death have always formed a crucial part of the grieving process. Anthropological studies have revealed a wide range of traditional funeral practices around the world that encompass an array of religions and cultures. These practices usually relate to the treatment of the body after death and how it is displayed before burial, as well as the ceremonies involved at each stage. The COVID-19 pandemic has put an abrupt, albeit temporary, stop to the processes that we are familiar with surrounding the deaths of loved ones; the grieving process and adapting to the ‘new normal’ in the absence of a loved one. The 2013-16 Ebola epidemic provided a good example of how a deadly contagious disease can wreak havoc on our very basic human rituals and traditions. However, the widespread, global (and airborne) nature of COVID-19 has meant that far larger numbers of lives have been lost in a short space of time, leaving many millions suddenly and unexpectedly bereaved. These individuals may struggle long-term with the impact of lockdown restrictions on the grieving process; many will be left to cope with ‘prolonged grief disorder’ which often impacts the bereaved person’s ability to function in everyday life. Coupled with a completely overwhelmed mental health service (in some places, this service is absent altogether), this could prove to be a very delicate and serious problem for the post-pandemic world.

Grief can be a very isolating experience and the pandemic has only served to magnify this. Due to the risk of viral transmission, funerals and burials around the world are subject to severe restrictions. The numbers permitted to attend are very small and the relatives of COVID victims may not even be able to view the body of their loved one, or  be at their bedside when they pass away. This can lead to feelings of guilt as well as a sense of unreality– that the person isn’t truly gone and may still be alive somewhere. Healthcare workers often share these feelings of distress; they are forced to watch victims die alone, struggling for breath in a situation where the usual palliative care resources are unavailable or forbidden due to the risk of transmission. The funeral and burial may have to take place virtually, forcing people to become more creative in finding ways to connect and offer support to each other. This can be very difficult for some as they may crave the comforting touch and physical presence of family and friends in their hour of need.The shifting of bereavement to the virtual realm may actually put the grieving process on-hold for many.

“The inability to physically return to the workplace, travel or socialise in-person may relieve the bereaved person of the burden of putting on a brave face and pretending to be happy. Lockdown can provide space for people to come to terms with their loss at a pace that feels right for them.”

This effect may be even stronger for the immigrant community who are coping with a double loss – they have already lost their own culture and support system back home, which only amplifies the feelings of isolation, separation and grief. Their vulnerable status within their adopted country may make it difficult for them to access or afford grief counselling and other supports. They also face the added pressures of food, financial and housing insecurity which only serves to add to their emotional burden. The constant exposure to statistics regarding deaths via radio, television and newspapers can also serve to re-traumatise the bereaved person and lead to a disorder called ‘prolonged grief.’ This interferes with a person’s ability to adapt to their loss, integrate it into their life and return to normal daily activities and work. Others may feel differently about the restrictions, seeing them as a way to allow for the grieving process to take place without any external pressure or artificially imposed deadlines. For example, the inability to physically return to the workplace, travel or socialise in-person may relieve the bereaved person of the burden of putting on a brave face and pretending to be happy. Lockdown can provide space for people to come to terms with their loss at a pace that feels right for them. The global nature of this pandemic complicates things too; as with 9/11, when a death occurs against the backdrop of a historical event, this can shape the grief response. The bereaved may feel that their loss has been overshadowed, especially for those whose loved ones died from non-COVID causes, who risk being erased from the collective memory altogether.

Many different cultures and religions are being impacted by the pandemic restrictions, each in their own unique way ( it must be acknowledged that they share many similar ideas and rituals, even though the practices may look different). No matter how mundane or significant our rituals are, routines help to define our sense of self in the world, according to Terry Daniel, an interfaith chaplain and trauma counsellor. COVID has, for many, shattered our sense of security and the belief that we will all wake up the next morning and our loved ones will be alive and well. Our trust in our systems, let it be religious bodies, government leaders and agencies, healthcare and economic systems has suffered every time one or all of them has failed to meet our expectations, leaving us with feelings of betrayal and insecurity. Therefore, understandably, people tend to cling on to the familiar rituals which make them feel ‘safe’ and fulfill their religious and cultural obligations in a satisfactory way. We witnessed this strong need in West Africa during the Ebola crisis when violence broke out over burial restrictions for victims of the disease. Healthcare workers became targets and treatment centres were destroyed as anger grew over locals’ belief that safety measures preventing loved ones from touching the body were disrespectful towards the dead.

“The small number of attendees at the funeral were forbidden from passing around a shovel to heap dirt on the body, but some insisted on keeping the ritual and used their hands instead in order to prevent handling the same contaminated shovel.”

Many countries have faced backlash from their populations as a result of restrictions on funeral and burial rites; however, many are now providing creative alternatives to allow for  continuity in the practising of important religious rites. For example, in Israel, Sheba Medical Center built a glass booth in which to place the body of the deceased so that family members can have one last glimpse of their loved ones before they are wrapped in two plastic body bags and lowered into the grave wrapped in shrouds (coffins are not common in Jewish burials in Israel). The small number of attendees at the funeral were forbidden from passing around a shovel to heap dirt on the body, but some insisted on keeping the ritual and used their hands instead in order to prevent handling the same contaminated shovel. No visitors were permitted to attend Shiva, the traditional week-long mourning period in which close family and friends offer condolences to the bereaved. Orthodox Jews often gave up on reciting the Kaddish as this requires the physical presence of a quorum of ten, while more liberal Rabbis permitted a virtual quorum. Following Jewish custom, some victims in Europe choose to be buried in the Holy Land; however, this does not currently apply to American-based Jews as United Airlines (the only airline providing the service in the USA) has suspended international funeral shipments. As a temporary solution, a leading Orthodox Rabbi in New York has allowed for the temporary burial of victims in the USA until such shipments resume and bodies can be exhumed and reburied in the Holy Land.

In Wuhan, China (the epicenter of the pandemic), families were initially unable to collect the cremated remains of their loved ones during the strict lockdown that followed the first outbreak. However, as the Chinese Tomb Sweeping holiday approached in April 2020, authorities permitted families to make appointments to collect the ashes at a specific time and to bury them accompanied by a neighbourhood official– an effective solution to avoid crowds and angry locals. In Pakistan and Turkey, both predominantly Muslim countries, restrictions applied to the traditional practice of washing the body before burial; those washing the body (usually family but now restricted only to those directly involved in the burial) must wear PPE and remain socially distanced during prayers. Mourners are forbidden from approaching the coffin. In the case of India (largely Hindu), gone are the days of the large, public funeral processions which form a key part of mourning for many faiths across South Asia. In the Hindu holy city of Varanasi, on the banks of the Ganges River, a lone Hindu priest now recites a daily prayer as a symbolic gesture to the Hindu goddess Ganga. This marks a significant departure from previous practice where thousands would gather for sunrise and sunset to honour Ganga and riverbanks would be lined with many funeral pyres. Many Hindus believe that being cremated next to the Ganges River or having one’s ashes submerged in its waters ensures salvation. At the peak of India’s COVID crisis, there were reports of ashes piling up in crematoriums because families were unable to collect them due to travel restrictions and limited public transport. Indian central authorities also banned the bathing or embalming of COVID victims; however, while no specific religion was mentioned in the guidelines issued, it is clear they are referring to the minority Muslim population, who have faced discrimination in the past and for whom this is an important pre-burial tradition. The initial order to cremate all COVID victims was withdrawn within hours after a Muslim politician intervened (cremation is prohibited in Islam).

In Iraq, families frequently encountered delays in retrieving the bodies of loved ones from the morgue. This can cause significant distress as, in the Muslim faith, the deceased must be buried within 24 hours, wherever possible. Abdul-Hadi Majeed, an Iraqi soldier, described how it took eight days to retrieve his father’s body and the family encountered many challenges when arranging the burial. The government intended to bury his father in a field outside Baghdad, which tribal leaders objected to as it was mistakenly feared that this could spread the disease. Consequently, paramilitary forces dressed in hazmat suits took over proceedings and carried out the burial according to Islamic rites in a large cemetery in the holy city of Najaf, with a special section reserved for COVID victims. In predominantly Christian countries, the pandemic is also disrupting proceedings. In the Philippines, the speedy burial of victims is a significant departure from the usual practice of ‘lamay’ or wake, which tends to last from three to seven days. Irish funeral practices have been similarly affected, although many rituals still continue in a slightly adapted form. The tradition of walking behind the hearse and following it to the cemetery has been replaced with the new practice of friends and family gathering (2 metres apart) and lining the road to the cemetery instead.

COVID has robbed us of many things including our everyday rituals and habits, which help us to feel secure, as well as our ability to seek and provide comfort during times of distress and bereavement. Although humans are a very adaptable species and we have found many new and creative ways of connecting and honouring our dead, the pandemic is very likely to result in many millions of survivors left behind, unable to process or cope with their grief in the usual ways. We must be prepared to deal with the tidal wave of grief and overwhelming sense of loss when this all comes to an end. It may be the end of restrictions, but it won’t be the end of suffering.