What would be so terrible about having a black James Bond?

Cinema and television have become more than mediums of international storytelling. Today they also act as avenues for projecting a country’s culture onto the world and display how ideologies have changed. Therefore, the animosity towards Idris Elba, or any other black actor playing the role of Bond, translates a much louder message about their country.

‘From a filmmaking perspective I suppose casting the most suitable actors should be one’s priority but that shouldn’t mean limiting yourself to white actors/straight actors/men etc,’ said Lucien Waugh-Daly, award winning film and tv blogger.

Diversity has become a controversial factor in the making of content for cinema and tv recently. Some people, like comedian Romesh Ranganathan are of the opinion that it forces political social movements onto its viewers.

‘Trumpeting diversity undermines what you are trying to achieve in the first place,’ wrote Ranganathan in a piece for the Guardian.

‘These people should be presented with diverse films and not told this is part of “a movement”,’ he continued.

Movies and television series are a form of escapism and with that in mind, is there any real place for the presence of social and political messages?

‘If something doesn’t raise some sort of argument or question it probably isn’t very interesting art. I haven’t seen Crazy Rich Asians but it’s making a lot of money stateside because that community who are so underrepresented usually are flocking to see an expensive romantic comedy with an all-Asian cast,’ explained Waugh-Daly.

Ironically, a lack of diversity in a film can also be positive in regards to the inclusion of more variety in film culture. The movies Black Panther, which has a cast of entirely black actors, as well as Crazy Rich Asians, a movie with only Asian actors, promotes diversity by showing people that there is no one ideal type of person to play all characters.

Above photo: Idris Elba was recently tipped to be the next actor to play James Bond. Via Flickr.

Low carb, paleo, vegan, or Atkins? It is hardly surprising that author and filmmaker, Michal Siewierski, found himself to be overwhelmed by the variety of conflicting opinions in existence when it comes to diet and nutrition.

What is the best diet for the human species, and how does the food on our plates impact our environment? It is precisely these questions that he seeks to answer in his 2016 documentary, Food Choices. Through interviewing a variety of experts in the fields of diet and nutrition, such as Dr. John A. McDougall, Dr. Pamela A. Popper, and Dr. T. Colin Campbell, Siewierski seeks to debunk common myths when it comes to what we should be putting on our plates, exposing how various industries are profiting from fad diets and the proliferation of false information in the media.

The viewer accompanies Siewierski in his journey toward achieving a more comprehensive understanding of how the contents of our shopping trolley impact upon our health, wellbeing, and the future of our planet. Presenting the information in a way that is easy for its audience to understand and digest, Food Choices seeks to grasp its viewer by the shoulders and shake them from their daydream. It is a warning that unless we change our dietary habits soon, the future of our species, and our planet, may be seriously at risk.

As of June 2018, there are 9,874 people homeless in Ireland, according to Focus Ireland.  Of the 30 families who were referred to Garda Stations in April when no emergency accommodation could be found, nine were Romanian, three from outside the EU and a further eight were members of the travelling community. But yet the homelessness crisis within these communities is vastly under reported and the government have been accused of distorting their figures.

Asylum Seekers
While they generally enter homelessness for the same reasons as Irish people, non- nationals often do not have the same familial or social supports so find themselves entering homelessness at an earlier point, when they have no one else to turn to for help.

The Travelling Community
Travellers are disproportionately affected by homelessness in comparison to any other group in society. The lack of adequate social housing provided for the travelling community mixed with widespread discrimination has led to many living in unofficial sites with no running water or electricity. This has a negative impact on the health and wellbeing of travellers, a group that already has a suicide rate 6 times higher than the national average.

The end of Homelessness?
Unfortunately there seems to be no end in sight. Organisations such as the Mendicity Institute run programmes in several different languages to help non-nationals find employment and integrate into society and Pavee Point works to end the stigma attached to the travelling community. However, with no significant commitment to more social housing, the homeless crisis looks set to continue. 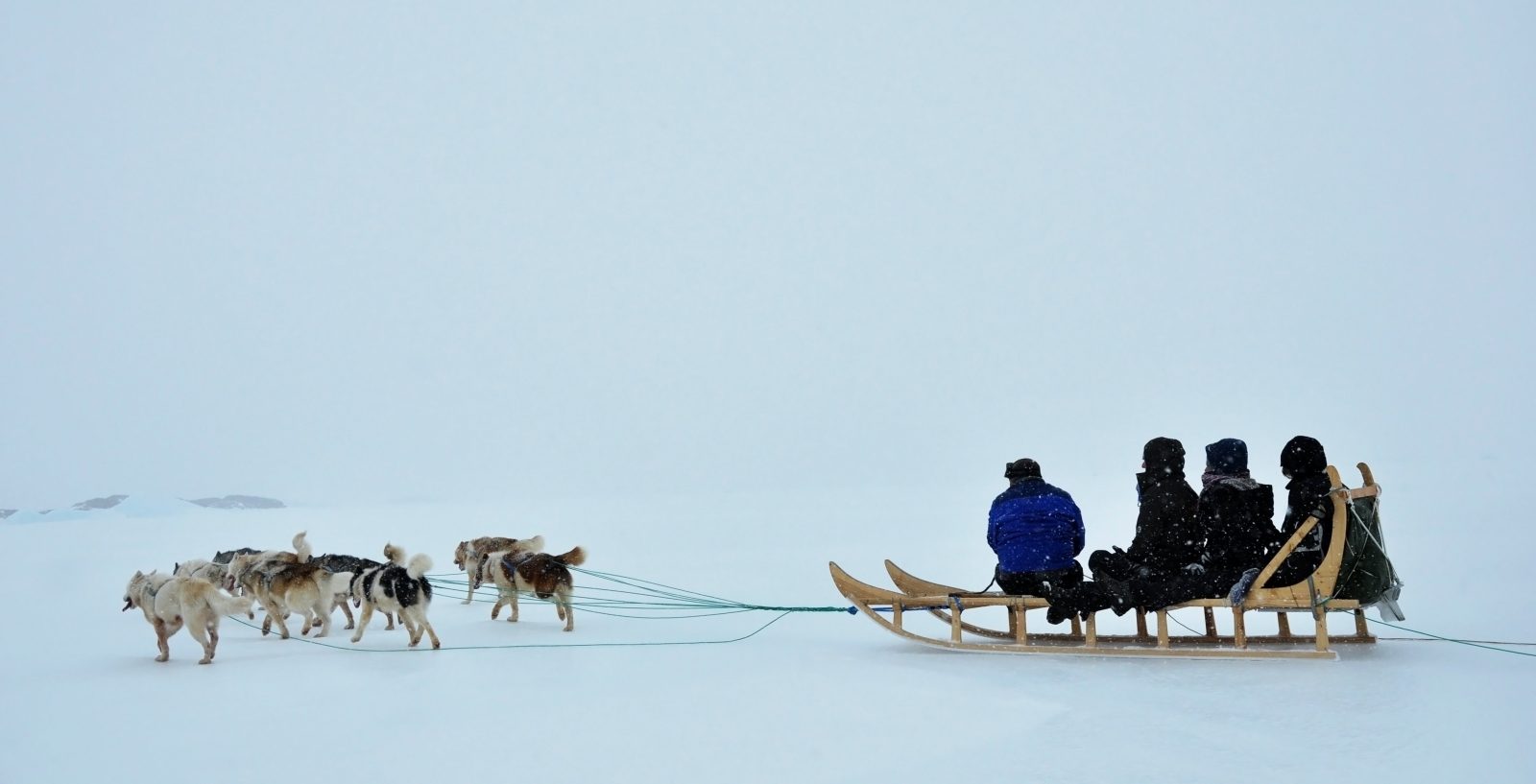 Canada’s indigenous population, the Inuit, have a rich and varied history, one which is continuing to flourish to this day.

Location and Culture
The Inuit are not exclusive to Canada, having roots in Alaska, Greenland and Siberia. Inuit languages can be divided into many different dialects, comprising two main ‘strains’ or branches – the Eastern branch (also known as the Inuktitut languages) and the Western Branch (also known as the Yupik languages). The Inuit were traditionally hunters, the cold climate influencing their traditions and behaviour. Their cultural traditions include an emphasis on storytelling and dance.

Politics
The Inuit have long sought self-government, with so-called “Eskimo Co-ops” in the 1960s articulating Inuit interests and protecting their rights. In the 1970s, “Nunavut,” or “Our Land” was established – a territory to be owned by the Inuit, in which they have complete political control. Today, Inuit interests are protected by a National Representational Organisation.

Present Day
The Inuit now collectively own much of the Arctic, and while the Arctic is lacking in economic opportunities, many young Inuits have become involved in mining and extraction industries.

Ultimately, the Inuit remain an important part of the Arctic’s cultural environment, their traditions, history and policies still shaping its development.

Every Month, STAND brings you a quick fire Q&A from people who work in NGOs, with government or in community projects. This month we speak to Martha Whyte, who is Manager of the Outhouse, an LGBT Community Resource Centre in Dublin. The space houses a café, a theatre and a library.

Can you tell us a bit about what you do?
I am the manager of Outhouse, a community and resource centre owned by and operating on behalf of the lesbian, gay, bisexual and transgender (LGBT+) community.  Our mission is to provide a safe space which facilitates and encourages the growth of services and supports to the LGBT community. The Centre provides a ‘safe space’ for people to meet, build friendships, and develop support networks and interest groups within a stated and practiced ethos of respect.

What do you love most about your job?
Knowing that the Centre makes a real difference to people lives.  I am proud that after 21 years in operation we have maintained a safe and welcoming environment that caters to all ages, sexes, gender identities, sexual orientations, social and educational backgrounds and ethnicities.

What do you dislike most?
That the Centre is not fully accessible and the never ending struggle to fund the services that we provide.

How did you get into this area?
Initially I worked in corporate banking and later fund banking however after a few years I became disillusioned with the banking sector in general.  I took a cut in salary to start off in an administrative role in Outhouse, gained on the job experience and went back to complete a Masters in Leadership and Management in the Community and Voluntary Sector.

What advice would you give to students who want to work in this area?
Volunteer with different organisations within the Voluntary and Community sector to gain experience.  There is no greater asset than on the job experience. People often don’t realise that there are a large range of skills required in the sector.

To learn more about volunteering with the Outhouse, see here for more information.
Photo courtesy of the Outhouse.

To read the previous instalment in this series, click here.