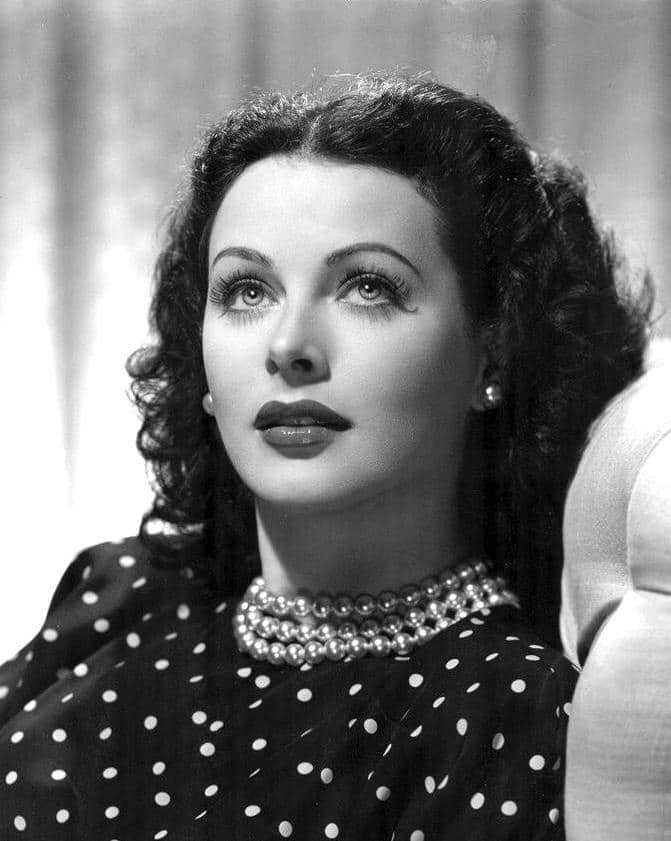 “When I was a little girl I wished I was a boy
I tagged along behind the gang and wore my corduroys.
Everybody said I only did it to annoy
But I was gonna be an engineer”

Peggy Seeger – Lyrics to “I’m gonna be an Engineer” – a women’s liberation song.

Meet Hedy, a brilliant engineer and inventor who was also a Hollywood actress deemed the most beautiful woman of her time. For International Women in Engineering Day, our Women’s Section Editor Cassie tells the story of a woman who should be celebrated in engineering history books, and not just on the Hollywood Walk of Fame!

Born in Austria in 1914, Hedy Lamarr (pictured) was a glamorous Hollywood actress of the 1930s-1940s, frequently dubbed the most beautiful woman of her time. She starred in films such as “Samson and Delilah” and “Boom Town” alongside famous stars such as Clark Gable and Spencer Tracey. However, what is often overlooked is the fact that Hedy was also a brilliant engineer and inventor.

In 1933, aged just eighteen Hedy appeared nude in a controversial Czech film called Ecstasy, attracting much attention in the process. By the late 1930s, she was a true Hollywood star.

During World War II, she supported the war effort, selling bonds and entertaining troops…but she helped her adopted country in other ways too. In 1942, she and composer George Antheil developed a guidance system for allied torpedoes which used spread spectrum and frequency hopping technology in order to resist enemy “jamming” (blocking of the torpedoe’s communication ability). Unfortunately, the US Navy failed to adopt the ahead-of-its-time technology until the 1960s. Today, the innovative principles involved are widely used in our Bluetooth, GPS and Wi-Fi systems! In 2014, Hedy and George were inducted into the National Inventors Hall of Fame.

As we celebrate annual International Women in Engineering Day (INWED), we must pay tribute to Hedy, and to all of the other brilliant women who have been and are forging careers and “engineering” change in what is still a traditionally male field.

While gender parity in the life sciences has been achieved in many countries, women still trail behind men in engineering. According to UNESCO’s Institute of Statistics, only 8 percent of engineering students globally are women. UNESCO’s recent report, “Cracking the code: Girls’ and women’s education in STEM” finds education pathways for women and girls into engineering are extremely limited.

In Europe and North America, the numbers of female engineers remain low (12% in the UK, for instance). Interestingly, in a number of developing countries (particularly in the Arab world) a significant proportion of engineers and engineering students are women. UNESCO details how, in the United Arab Emirates (where 31% of engineers are women), the government has recognized the need for a strong human resource base in STEM (science, technology, engineering and mathematics) and has introduced policies promoting greater female participation in the labour force. However, women graduates still face barriers to employment including gender bias and a lack of female role models.

Ensuring girls and women can equally access engineering careers is an important women’s rights issue as well as being imperative from an economic and development perspective. INWED is an annual day of awareness-raising and celebration for women working in engineering and the career opportunities available to women in the industry. To find out more visit http://www.inwed.org.uk/

Women make up roughly 50% of our global population but still face significant human rights challenges, including some which are less visible but equally damaging such as gender bias in institutions like the media. Cassie, our Women’s Section Editor, reminds us of the women’s rights issues that were important to us in 2019.